Share a memory
Obituary & Services
Tribute Wall
Donations
Read more about the life story of Arnett and share your memory.

Arnett was born on September 21, 1931, in Norfolk, VA, to the late Delmont and Claudia Gray.

After graduating from Norfolk Public schools in 1950, Arnett joined the United States Army. He proudly defended our country during the Korean war earning the Bronze Star Medal for his heroism in combat. After being honorably discharged from the Army in 1953, Arnett pursued his passion for professional boxing. He was trained by the late Ernest Leon Stepney, Sr. landing several prized Boxing events held at the Norfolk Arena.
In addition to serving a good punch in the ring, he served a great drink while bartending for the Railroad Co. and Kempsville Golf & Country Club where he met the love of his life, Catherine (Cat). Arnett and Cat fell in love and were married on March 17, 1969. After the loss of Arnett’s only daughter, he and Catherine raised their grandson, A. Jermel Gray, III from the age of 9. Prior to retirement, Arnett had a long career as a sales professional. He was a people person who never met a stranger, a trait that allowed him to excel in his sales career. Arnett was a talented artist, athlete and loved sports and music. He was a die-hard Dallas Cowboys fan and loved Frank Sinatra. 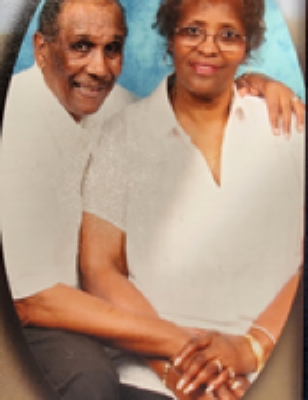