Bishop Wilbert Lee Daniels, Sr., born January 23, 1930, in Goldsboro, North Carolina, to the union of the late Mr. Elroy and Mrs. Arlethia Daniels. He was the fourth of nine children. In 1933, the Daniels Family relocated from North Carolina to Norfolk, Virginia where Wilbert received his formal education at Booker T. Washington High School.

In 1947, Wilbert and Mary Elizabeth were joined in holy matrimony. Their love and marital joy endured for nineteen years during which they were blessed with eight beautiful children.

In 1953, as a member of the “Mother Church” in Norfolk, Mason Memorial Church Of God In Christ, the young Wilbert acknowledged his call to the ministry and was licensed to preach. On August 27, 1958, the late Bishop D. Lawrence Williams ordained him an Elder in the Church Of God In Christ. In 1964, Pastor Daniels made choice of and wed the lovely Lillian Boyette, who became First Lady and his covenant partner. Their season of love in life endured for fifty-two amazing years. This union was blessed with one child.

A proven leader, administrator, innovator, soul winner and kingdom builder. As a churchman, the Late Bishop Wilbert L. Daniels Sr. served in various areas of ministry and within the local community. Bishop Daniels was the recipient of a collage of accolades and awards given in tribute to his sacrificial service. A lover of learning, he expanded his educational portfolio at Norfolk State College (now University) as well as matriculating through the Berean Bible School of Missouri. In 1975, Trinity Hall Seminary conferred academic letters for the Doctorate of Divinity Honorifically upon Bishop Wilbert L. Daniels Sr. In 2020, he would later receive an additional Honorary Doctorate of Philosophy in Religious Studies from Next Dimension University in Ontario, California.

In November 2012, at the 105th Holy Convocation of the Church Of God In Christ held in St. Louis, Missouri, Elder Wilbert L. Daniels Sr. was inducted into the College of Bishops, consecrated as a Bishop in the Lord’s Church and subsequently in 2015, appointed and installed as Prelate of the Virginia Second Ecclesiastical Jurisdiction at the hand of then Presiding Bishop Charles E. Blake Sr. On August 3, 2019, in recognition of faithful dedication and service to the Berkley Community, the city of Norfolk renamed Isaac Street, to Bishop W.L. Daniels Sr. Way.

In 2019, Bishop Daniels found love again and married Mother Shirley Robinson. They, along with their new families, poured into the ministry to promote and preserve a rich holiness heritage. A visionary leader, Bishop Daniels was responsible for leading projects that refurbished and modernized two local church facilities both at considerable expense, to the glory and honor of God. 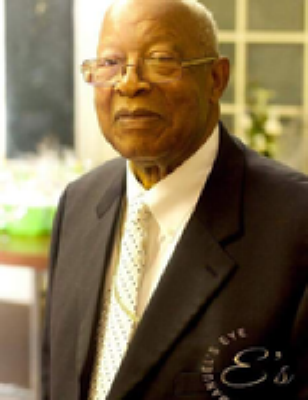 Please note
**All persons attending are asked to wear face mask at all times and maintain 6 feet or more distance. All men are being asked to wear black, all women to wear white and all clergy to wear civic attire. Services will be lived streamed on the church's website.