Share a memory
Obituary & Services
Tribute Wall
Donations
Read more about the life story of Milton and share your memory.

Commander (Retired) Milton Wayne Frazier, 66, passed away on November 18, 2022. He was born October 21, 1956 to the late Charles I. Frazier and Anna Bell Filer in Lafayette, LA. He was preceded in death by his wife, Mary P. Frazier and his three siblings, Kenneth Frazier, Charles B. Frazier and Edmond G. Frazier.

Milton was a graduate of Alfred Bonnabel High School in Kenner, LA. Upon graduating he enlisted into the United States Navy, serving for 35 years in both the enlisted and officer ranks as a Limited Duty Officer. Milton retired in 2010 from the Military and continued his civilian service as a Property Book Officer with the Naval Special Warfare Development Group for 12 years.

He furthered his education by earning his Baccalaureate of Arts in Business Administration from Saint Leo University and a Masters of Science Degree in Human Resources Management from Troy State University. Past Master Milton W. Frazier was a member of The Most Worshipful Prince Hall Grand Lodge of Virginia, F.&A.M., Inc. - Campbell Lodge #67 of Norfolk, Virginia. Milton was a dedicated member of New Galilee Missionary Baptist Church, Chesapeake, VA.  He served as a Trustee and Trustee’s Administrator for 30 plus years. 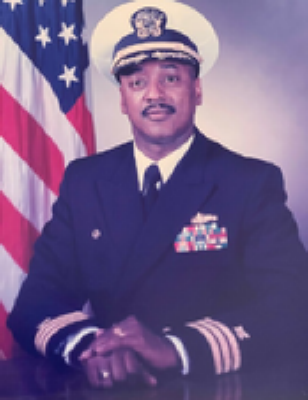